He has become the Indian cricketer to score the highest score in the IPL. Rahul, who scored the fourth century in T20 cricket, demolished Rishabh Pant's record.

Earlier, Rishabh Pant's record of highest runs in IPL history was when he scored 128 runs. On Thursday, Rahul played a brilliant inning against Royal Challengers Bangalore and after losing the toss, accepting the challenge of batting first, the team's score reached 206, losing 3 wickets in 20 overs. 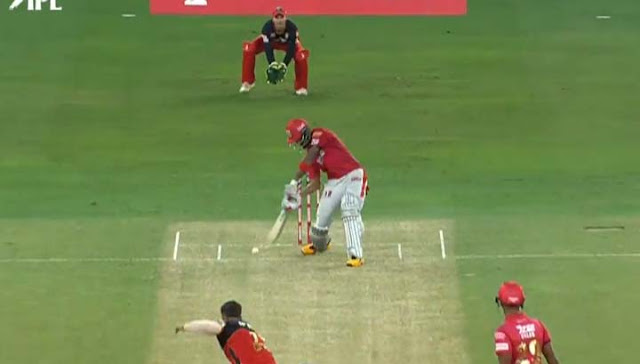 Taking full advantage of the 2 lives of Virat Kohli, Punjab captain Rahul, with the help of 14 fours and 7 sixes off 69 balls, shocked the teams playing in the tournament by making an unbeaten 132.

Rahul and Mayank Agarwal (26 off 20 balls) started the innings comfortably and brought loose balls to the boundary line. Both of them added 57 runs for the first wicket.

Rahul shared an unbeaten 78-run partnership for the third wicket with Karun Nair (15 not out), bringing the team's score to a very respectable position. Later Virat Kohli Royal Challengers Bangalore team was reduced to 109 runs in 17 overs. In this way, Kings XI Punjab registered a big win by 97 runs. Rahul was awarded the 'Man of the Match' award.