This is Kings XI's first win in the tournament. He lost the first match in the Super Over to the Delhi Capitals. In terms of runs, Kings XI also achieved its second major victory in the IPL. Rahul is captaining the IPL for the first time. 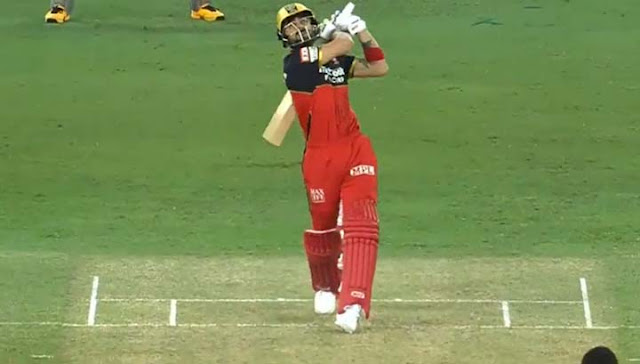 Captain KL Rahul played an unbeaten 132 off 69 balls. He hit 14 fours and 7 sixes in his century. Rahul has become the captain of the highest run innings in the IPL. During this time, he left behind the record of David Warner. Apart from this, this score of Rahul is the highest score of any Indian in IPL. Rahul landed for the opening and remained unbeaten till the end. He added 57 runs for the first wicket with Mayank Agarwal.

Rahul shared a 57-run partnership with Nicholas Pooran while 78 for the fourth wicket with Karun Nair.

Fast bowler Sheldon Cottrell first caught young opener Devdutt Padikkal by Ravi Bishnoi. Padikkal is the same batsman who hit a half-century in his debut IPL. Cottrell dismissed Padikkal and denied RCB a good start. Padikkal could only score one run. After this, Cottrell gave a big blow to RCB by dismissing captain Virat Kohli.

Even before Kohli was frozen, Cottrell was caught by Ravi Bishnoi and the RCB won the hopes of victory. Kohli could only score one run.

The leg-break bowler Murugan Ashwin's magic of Googly spoke fiercely. Ashwin broke the batting of RCB by dismissing explosive batsman AB de Villiers. After this, he completed his second victim by bowling lower-order batsman Navdeep Saini with his better googly. He made his third victim Yuzvendra Chahal. Ashwin took three wickets for 21 runs in 3 overs.

Rahul took full advantage of the two lives he got from Virat Kohli and scored an unbeaten 132 off 69 balls which is also the highest score of his career. Kohli dropped his catches when Rahul was on 83 and 89 runs. Rahul has become the Indian to play the biggest individual innings in the IPL. Earlier this record was in the name of the current wicketkeeper Rishabh Pant (128 not out) of Delhi Capitals.

Under-19 World Cup star leg-spinner Ravi Bishnoi took 3 for 32 in his four-over quota in this match. This was Bishnoi's second match in the IPL. He bowled the first dangerous opener, Aaron Finch. After this, Washington Sundar and Umesh Yadav were sent to the pavilion.