MI vs KKR IPL 2020- Mumbai Indians captain Rohit Sharma breathed a sigh of relief when he recorded his first win in the United Arab Emirates (UAE) and also looked happy after spending enough time at the crease after six months. Rohit scored 80 runs with a good pull shot, which helped Mumbai to score 195 for five on being invited to bat first. In response, Kolkata Knight Riders (KKR) were able to score 146 runs for nine wickets. 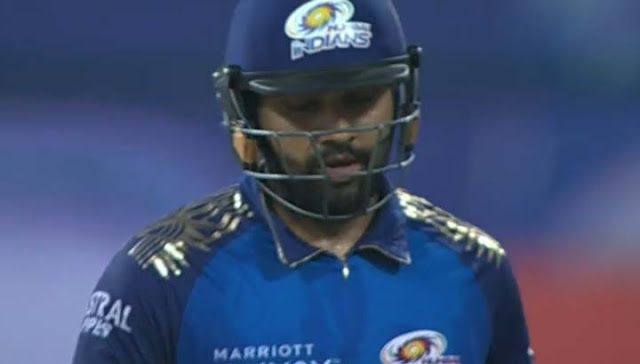 Rohit said after Mumbai's 49-run win, 'I had a good practice of playing pull shots. All my shots were very good so can't say which one of my shots was the best. I had not played cricket for more than six months and I wanted to spend some time at the crease. I did not play well in the first match but I am glad that I did it today. '

Breath of relief- This is the first win in six matches in the UAE of Mumbai. Earlier in 2014, he had lost all five of his matches, while in this season he lost to Chennai Super Kings in the first match. Man of the Match Rohit said,

"Only two players (actually three - Rohit, Kiren Pollard, and Jaspreet Bumrah) of the team that lost five matches here in 2014 are in the current team. We focused on implementing our strategy today. The wicket was good and the dew was falling. I am very happy with the performance of the team.

What did the captain of KKR say after the defeat?

KKR captain Dinesh Karthik said that both his batting and bowling department needed improvement. Apart from this, he said that it was not easy to adjust to the circumstances. Karthik said, 'I think there are some areas in our batting and bowling departments that need improvement. To be honest, today we were not in rhythm. I do not want to analyze it too much.

Players know where they can do better. He said, "Our two players (Pat) Cummins and (Eoin) Morgan had completed their quarantine today. It is not easy to play in the heat here and adjust to the circumstances. '