Kings XI Punjab defeated Royal Challengers Bangalore (RCB) by 97 runs in the 6th match of the 13th season of IPL. Punjab captain Lokesh Rahul played the most unbeaten innings of 132 runs. RCB's team could not even reach Rahul's score and were all out for 109 in 17 overs. This is Punjab's second-biggest win in the IPL. Earlier in 2011, Punjab defeated Mumbai Indians by 76 runs. The team registered its biggest win of 111 runs in 2011 against RCB. 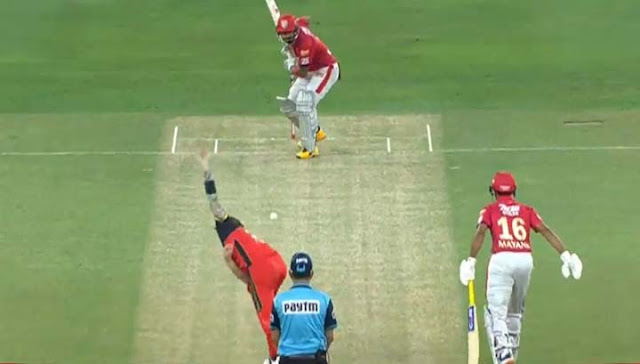 Bengaluru had a very poor start. His 3 wickets fell for just 4 runs. Devdutt Padikkal (1) was sent back to the pavilion in the very first over. After this Josh Philip (0) could not do anything special and in the very next over, Mohammed Shami became the victim.

After this, captain Virat Kohli, who came to bat, was caught out by Sheldon Cottrell at the hands of Ravi Bishnoi. Kohli could only score 1 run on 5 balls.

Performance of the most expensive and cheapest players of both teams

Captain Lokesh Rahul is the most expensive player in Punjab with a price of Rs 11 crore. Today's match was named after him. Rahul played brilliant innings of 132 runs. He hit 14 fours and 7 sixes. In Punjab, Murugan Ashwin is the cheapest player with a price of 20 lakh rupees. Ashwin bowled brilliantly and took 3 wickets in the match.

Captain Virat Kohli (17 crores) is the most expensive player in RCB. Kohli's performance was a very poor match. He dripped 2 easy catches of KL Rahul during the filming. At the same time, he could score only 1 run in batting. Padikkal (20 lakh) and Josh Philip (2 million) are the cheapest players in Bangalore. Padikkal scored a run and Philip could not even open his account.

Rahul's first century of the season

Earlier, Punjab scored 206 for 3 wickets. The first century of this season of IPL was scored by captain Lokesh Rahul. He was also voted Man of the Match. Apart from Rahul (132), Mayank Agarwal scored 26, Nicholas Puran scored 17 and Karun Nair scored 15 not out. Glenn Maxwell (5) could not do anything special in this match. At the same time, Shivam Dubey took 2 wickets and Yajuvendra Chahal took 1 wicket from Bengaluru.

Rahul scored his second century in the IPL. He has become the highest Indian batsman to score the highest in the league with an innings of 132 runs. Earlier, Rishabh Pant played an unbeaten inning of 128 runs. In this case, Chris Gayle is on top with a score of 175. Gayle (6) is also at the forefront of most centuries.

Rahul also became the fastest Indian batsman to complete 2000 runs in IPL in this match. KL Rahul achieved this record in 60 innings of 69 matches. Earlier this record was in the name of Sachin Tendulkar.

Gayle will get a chance at the right time: Rahul

Two changes have been made in the Punjab team. Chris Jordan and Krishnappa Gautam did not feature in the squad. He was replaced by Murugan Ashwin and Jimmy Neesham. At the same time, skipping Gayle for the second consecutive match, captain Rahul said, "They will be included in the team at the right time." Nobody needs to worry about them. "

Both Bengaluru and Punjab could not win the title